I sometimes escape to random times and places in the in the universe where I am someone other than myself. It’s not that I don’t like being me. I love who I am and where I am in life, but movies, and Hollywood as a whole, have infiltrated my head with the idea that it might be beautiful to escape to some place elsewhere. At least for a little while.

I can already see it. I’d be carefree in a small artsy apartment. I’d be a painter. I’d have just enough money to have a middle-class life but I’d be grateful because my desire would be creativity and not wealth after all. I’d be single, but appealing to men who search for some wholesome young lady with depth and insight into the smallest things—-things that don’t typically matter to common men.

“Whoso would be a man, must be a nonconformist.”

Walking with the Lord is a long journey full of mountains to climb, rocks in the road that stumble us, and just plain beauty. I have walked through many long seasons with the Lord, and "touched the hem of his garment" so to speak. My desire is to share these precious encounters with Christ, with the many women who are longing to hear of the Lord's overcoming power and to know of what he has revealed to me in my small time of knowing him. View all posts by Mauriel Davis

This site uses Akismet to reduce spam. Learn how your comment data is processed. 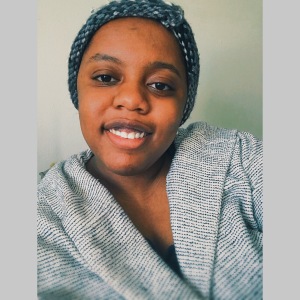 I love baby’s breath. Even once dead, they are beautiful.
Had so much fun at the Rockies’ game with my girl Juliana.
Get a friend like @julilizett , she’s so real ❤️
Thank you Jesus for another sweet gift from @the_catholic_biz
Because I love dresses with pockets ❤️.
Thanks to #Josiesbakeshopdenver for the perfect cake to celebrate my confirmation and first communion ❤️
Spent Easter with these ladies and they make me love Jesus more and more! They were by my side as I entered into full communion with the Catholic Church this Saturday ❤️.
I love this faithful friend and will forever be grateful for each season with her ❤️
When you feel good… about yourself.
I am loving this new green mug from Target. It screams cozy and evokes memories of my mother reading to me in the Denver public library as a child. I don’t know… there’s just something about its form that transports me to a little nook in the library, reading a good book, close to the Father heart of God.
Here I lay, feeling totally bombarded by an onslaught of depressive symptoms. Just days ago, the lightness of a simple life graced my soul and I was beaming with hope, faith and every other good thing we are supposed to have as Christians. I had the kind of hope that little children have when they dream about growing up someday, only it seemed closer to me, more tangible.
Just one of my favorite throws hanging out on my mirror. Things like throws, pillows, and lazy-boy recliners remind me of what it is like to rest in Jesus, and inspire me to always create spaces in my home that allow the Holy Spirit to minister rest to all who enter in ❤️.